This is the Zakim Bridge in Boston, 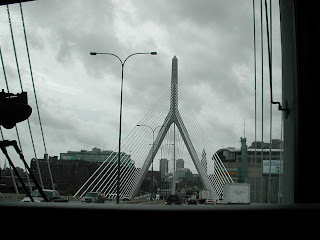 and this is Faneuil Hall... 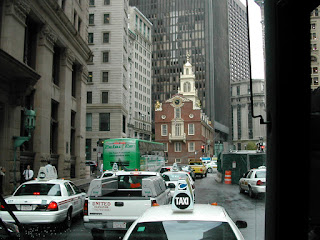 We went through Boston, Providence RI, New Haven Connect-i-cat (my hometown), Stamford, New York City and Philadelphia. There was lots of graffiti. 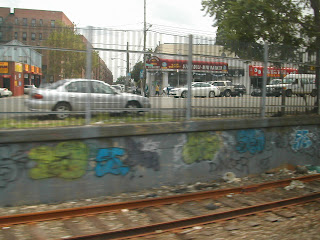 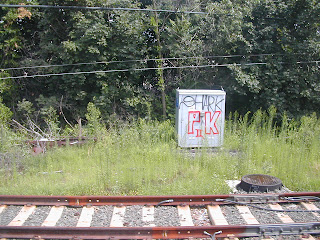 The train trip ended in Baltimore, Mary-land, where we were met at the station by Monty's DadBean.

After a two-hour drive I was finally with my TabbyManCat. 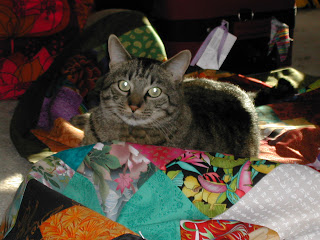 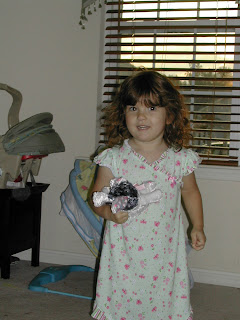 Ohhh my two fave families all together!!! Have lots of fun and smooches to everyone.

I am so glad that you made it safe and sound! Have fun!

Boston is such a neat-o town! It's Mom's favorite! Glad you arrived safely!

Look at all that Happiness! And SweetBean has grown, grown..she's so purty! Millie, how ya doin' there? Not gettin' squeezed too tight? Okay. Hey, you two! Try to remember there are minors in the house, m'kay?

How exciting, Millie! Monty is FLIPPING OUT I bet!

Sweet Bean is growing up into such a little beauty!

Oh this is so exciting. We are sure that Monty is so excited. Sweet Bean is adorable!

I am glad you are safe. We have driven over the Zakim it is pretty and also pretty at night. I was womdering if you home in NH is ok I know there were tornados