As Parker says, "Snow is now a four-letter word." Her Mom didn't even want to look at this picture, taken Saturday March 1. 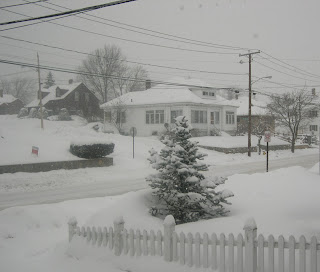 This one was taken on Sunday March 2: 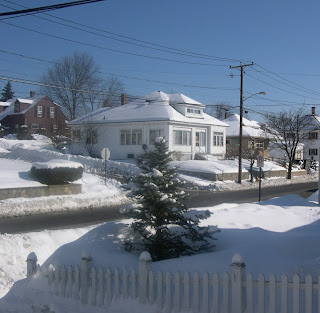 This one was taken on Monday March 3: 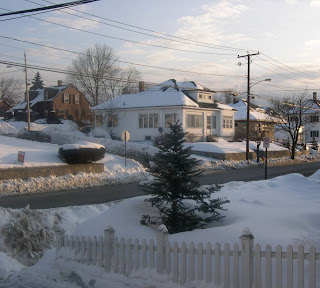 And this one was taken yesterday morning, March 4: 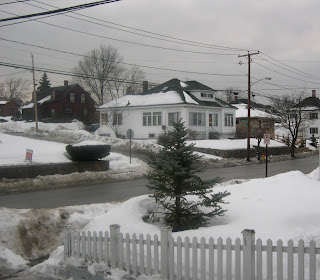 This one was taken this morning, March 5. It is raining really hard. 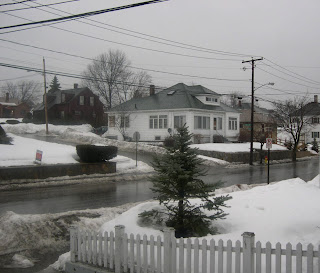 Would you like to guess? I am having a contest. The cat, woofie or bun who guesses the date when there is NO MORE SNOW when Mom looks out this window each day will get a prize. (More on that later, we haven't worked it out yet. Probably Nip Raviolis, Temptaytions, you know, fun stuff like that!)

Every day Mom will get up and take a picture of this same view and post it on my blog. On the day she wakes up and THERE IS NO SNOW ANYWHERE IN THE PICTURE will be THE DAY. If you guess the EXACT day, you will get a prize. If NOBODY guesses the EXACT DAY, the cat who guessed the day CLOSEST TO the day, but not AFTER the day, will get the prize.


Here are the rules:
1. Each cat, woofie or bun gets ONE GUESS EACH.
2. Guesses must be in the comments of THIS POST.
3. Deadline is Midnight Sunday March 9, 2008. (So when it isn't Sunday anywhere in the world, the voting will be over.)
4. You have to have a blog, or leave some way for us to get in touch with you, so we have to know who you are. If you have a blog, you're good to go.
5. It's my blog, so if I wanna change the rules, I can.


Now for some useful information.
1. The houses across the street face East. So the snow in their front yards will melt first. Duh.
2. Sun melts the snow.
3. Rain melts it faster.
4. The average high temperature for March in New Hampster is 44F
5. The average low temperature for March in New Hampster is 18F
6. It snows in April. This picture was taken last year, on April 5. It snowed again on April 17. So, guess accordingly.
7. *****The contest ends when there is NO SNOW on the ground in the picture. If it snows the next day, oh well, that's New England weather for you!***** 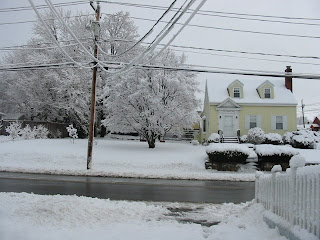 Labels: no more snow, when when?

So, in other words, it's disappearing but it could come back?

My Bean remembers it snowing as late as eastern in NE O Hi O, so that is what I will say - Eastern Day.

March 21 is Good Friday, so I say then. After all, no snow would be good, wouldn't it?

We said we would all play along and take some guesses.

I wonder who will come closest?

Our wish for you is that snow would be gone today!

We all forced Mommy to look at the photos and then we put our furry heads together and decided to guess April the 7th. Because we are optimistic, unlike Mommy, who said to guess July 4th...

All of our snow is gone, I hope no new stuff will come : )

Our guess is April 12th!

Oh millie - we hope it goes away for you today (well and for us too!), but we'll guess:

But we really do hope it's sooner!!!!

Purrs & Kisses,
The Frisky Felines over at
No Jumping From Bridge blog

Ohhhhhh this is a great competition.

I would like to guess April 1st - April Fools day the snow will melt away.

It is a very pretty yellow house in the last photo. me and my mum would love to live in a little cute house like that.

Goodness, not sure if I see an open date. Hmmmm. I don't see that April 24 has been taken, so that will be my guess. I just can't wait for this white stuff to be gone!

Sorry to be so pessimistic.

April 23rd. We don't think that's been guess yet.

I think I'll pick mom's birthday-- March 26th. She says she remembers birthday parties of hers when there was LOTS of snow and some when all the kids were in shorts.

Hopefully it'll all be gone by then!!

Millie, We hope that the snow goes bye bye till next year real soon. For you as well as for us!

Meeko- May 5th fur MY purfday

see millie this is a good question bening for ma you nH nabors we have the same quetion the problem is that sometimes it almost all gone for e it prored yesterday and then got to the be 57 and is going to be warm again but the problm is as native N.E pepole we know it could always come back but we hope it all goes away by Apri 23 It going to pouring this weekend but at least it not snow. and they say living in NE is great becuse of all the sesions well my mama said they can keep the snow becuse it truns black ice sigh she said can we move down to daiys

I am going to pick April 29th! I am feeling very lucky.

April 18th is our guess.
Thanks for the fun!
Tyler

I would like to pick March 27th because that is my mum's purrthday. But we think you will probably still have snow by then!

Hunter says he is sticking with March 24th.

and the girls, Belle and Raowr both agree its April 8th.

The Feline Americans an' I are gonna bundle all of our guesses together an' say INCOME TAX DAY: April 15th.
DMM

Oh good - another snow contest. Wee - Here are our guesses. We don't think we doubled up.

We NEVER get that much snow..I can't even imagine all the snow your mom must shovel..I'm guessing March 29th, if ever! I'll bet you guys feel like that every now and then, don't you?