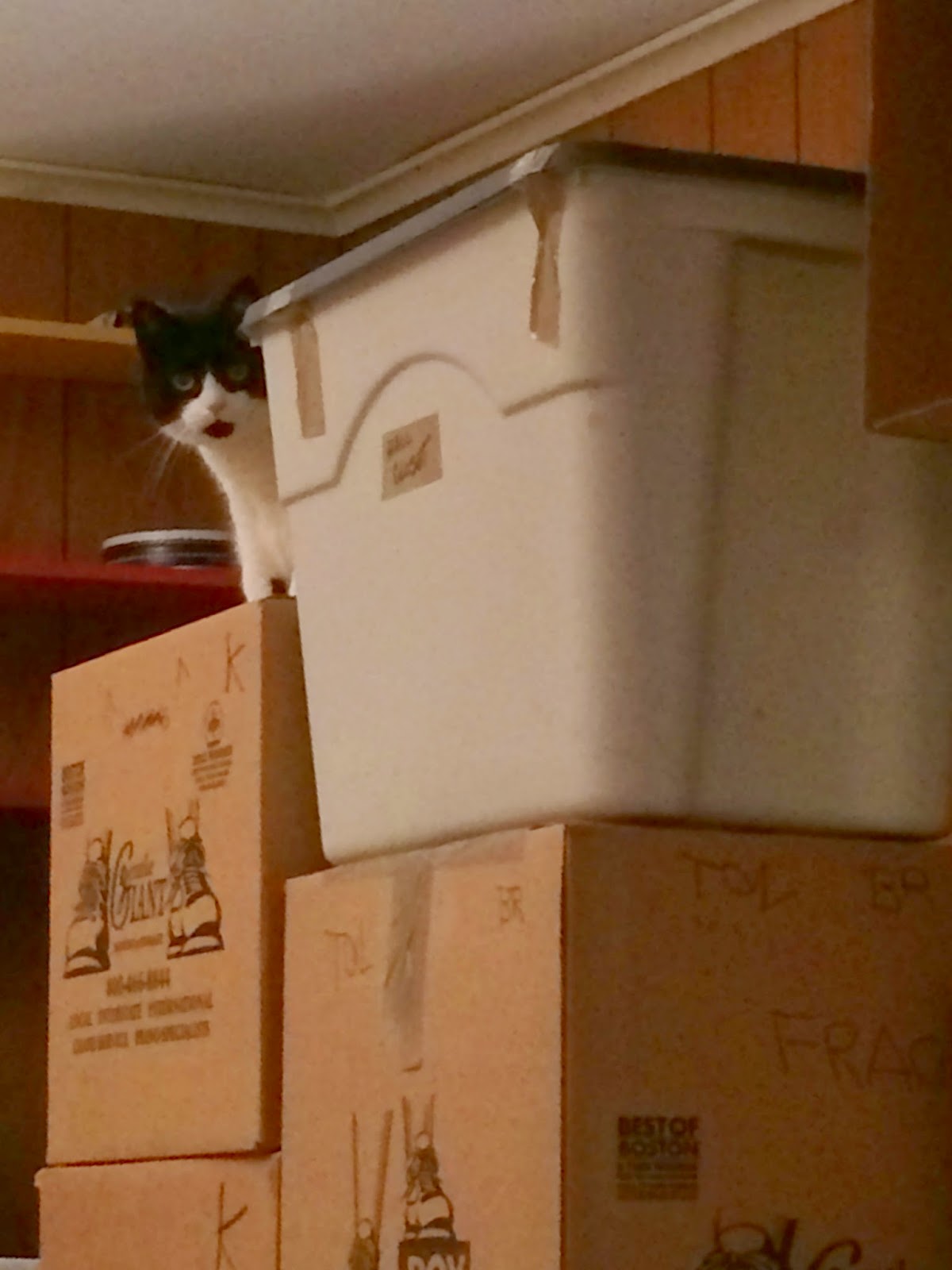 Lots of you kitties told me to have some fun climbing on top of the big stacks of boxes Mom has been packing. 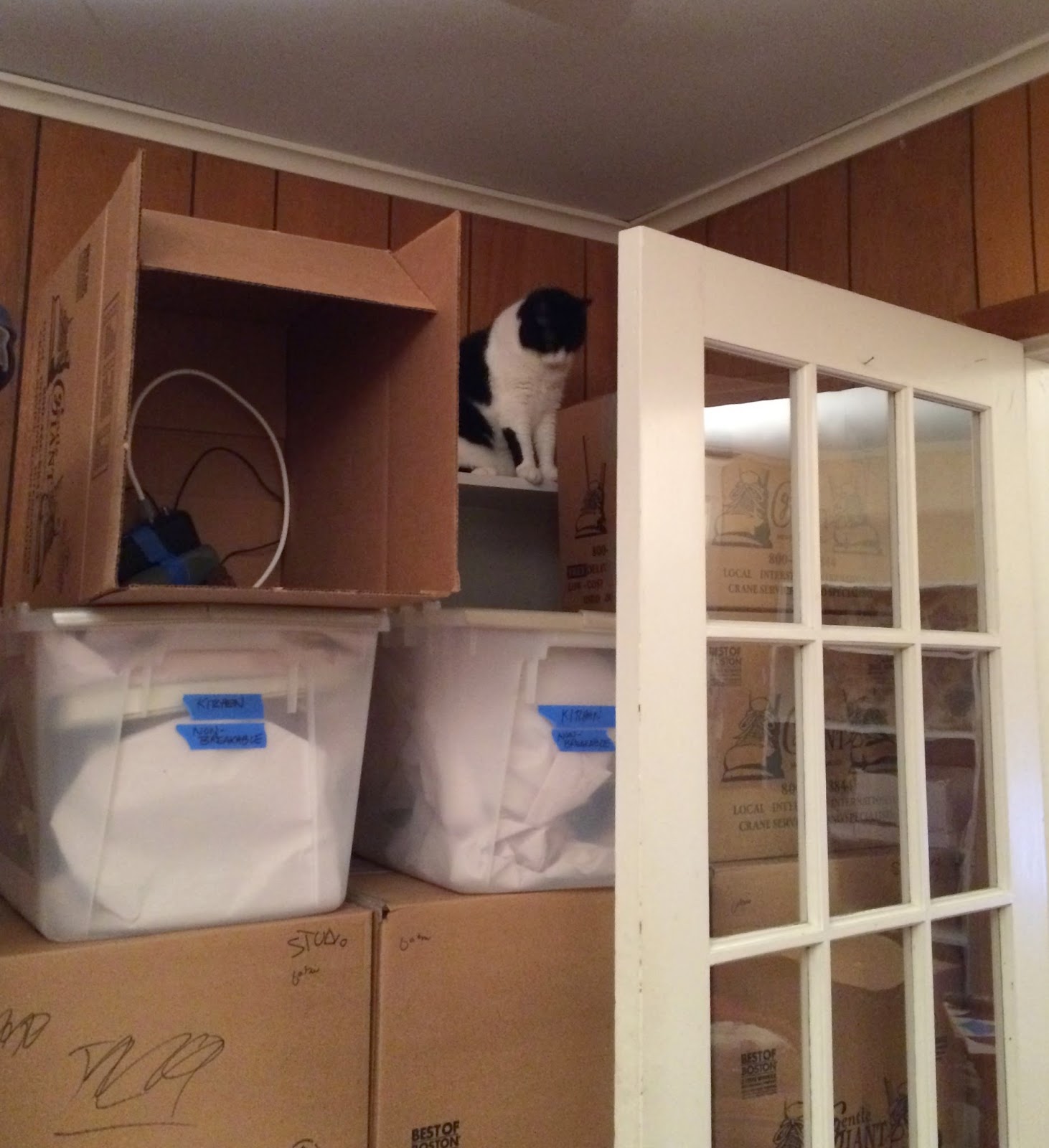 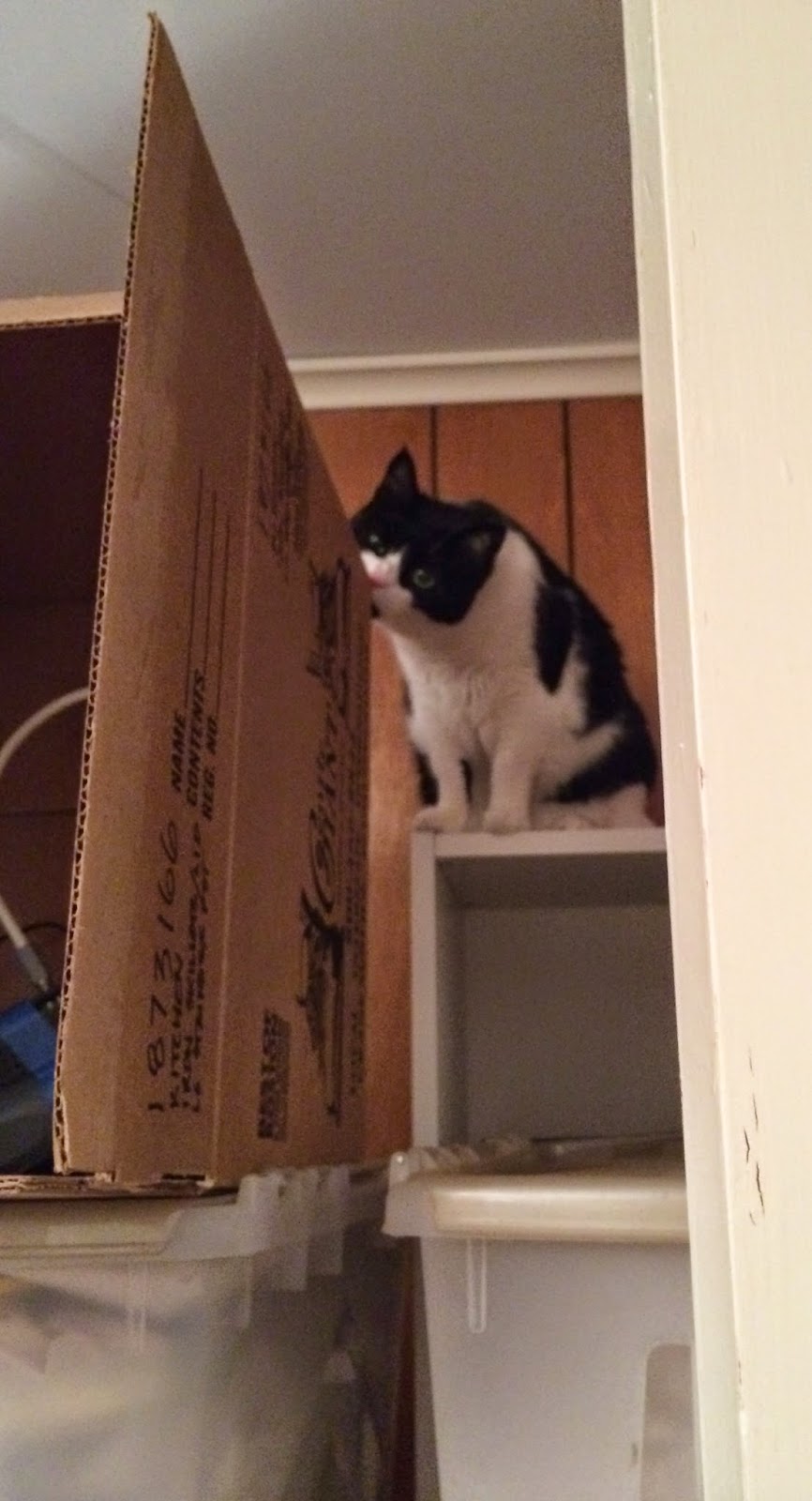 Mom is packing up the last few things that we won't be using. She is confident she will be ready come moving day, which is next week. She has called a rug cleaning guy to clean the rugs at the new place and now knows when the new place will be totally empty.  She had a minor meltdown yesterday when it appeared things might not be going according to plan, but recovered her composure when things got back on track.

I don't know what any of that means except that I'm tired of listening to the screech of the tape dispenser.

Mom says my package is between Catifornia and here and will arrive on Monday, but that I won't get to see it until we get to the new place. (I did some peeking of my own, and oh my Bast! The box weighs as much as five Millies! If it's a hammock, it's a humdinger.)

With all those towers of boxes, it looks like your mom is turning your home into a series of supersize cat comdos for you Millie.

The box from Catifornia is the same weight as five Millies? Hmmmmm. That doesn't sound like a hammock, does it. Could it be five hammocks perhaps? or even 10? Perhaps your mom has ordered a hammock for every window in the joint.

Looking good, Millie -- be sure to give your Mom some extra purrs!!

Keep on having fun!
We can't wait to see whaT'S in your package :o
Purrs Georgia and Julie,
Treasure and JJ

We'll be purring for you during the move. It hasn't been so long ago we went through the same thing.
XOXO

Oh that looks like fun - my kitty brothers would love to go up there. I bet your surprise will be soooooooooo good, you are a very lucky girl.

You seem to be having great fun, MIllie and making the most of an unusual time in your household.
Meltdown? Hmmmmm - just as well lovely cats like you don't have them, isn't it?

Mom has a couple of friends who are moving right now and it's a mess, they are totally unorganized. Your place looks great!

We can't wait to see what you got!