Skeeter, and Angus, we got MORE snow, so you two won't be the winners of the When When contest. 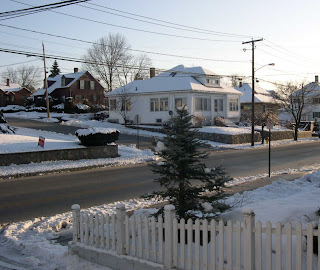 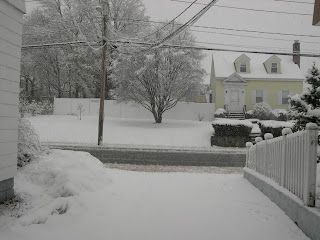 We were supposed to get an inch of the stuff. instead, we got six. This is now the second snowiest winter since they started keeping records in New Hampster. We have had 115.2" of snow, which is WAY TOO MUCH!


Check out Google today. They have gone dark. We have decided to join them in Earth Hour.

I just found out about this event where millions of people around the world are joining together to make a statement about climate change by turning their lights off for an hour. It's called Earth Hour and I just signed-up to participate - I thought it might be something you'd want to look into. Earth Hour is on March 29 from 8 - 9 p.m. local time, and it looks like it's going to be really big. So far 25 cities around the world are taking part, including Atlanta, Chicago, Phoenix and San Francisco in the U.S.

Sign up for Earth Hour by visiting www.earthhour.org/sign-up and join the movement with me.
Posted by Millie at 8:07 AM

We is signed up. We think dey is doing some "big landmark" turn offs here but we'z not sure.

We're gonna' do it too!
BTW - April 7th is lookin' preeeeety good! Ha!

WoW! I hope the snow just starts melting so all the flowers can come up. I bet this will be a very beautiful, green Spring for you.
:) Melissa

You might have snow till May or June at this rate. Daughterbean lived in New Hampshire when she was in College. We'll send some warmth you way to help the snow melt!
Your FL furiends,

We got that snow too!!!!! YUCK!!!
We will go sign up too.Mom has been hearing it in Tv and the radio :)
Purrs Mickey
PeeEss: At this reat snow will be gone by June 21! Hahahahahahahaha!(at least it better be )

Wow, the snow is never ending!! We hope it goes away real soon.

It seems as though the snow will never stop! I think my guess is looking better and better...

I'm not sure how turning out the lights will help, but mine mombean sez every little bit always helps. Guess that means I'm gonna just be sittin' in the dark. *sigh* Maybe I'll just take a nap!

Memories of Eric and Flynn said...

Wow you got lots of snow again. We wish we had some to play in, but not as much as you got and only furr a day.

Sorry to hear about more snow in your area. We still have a little bit of snow left here. The silly flowers are trying to come up now. We hope they make it!

Earth Hour was featured on our local news last night. We're plannin' to participate if we can remember to do it.
DMM

I guessed wrong? How can I possibly be "wrong? I'm ALWAYS right...